Wow, S&P 500 hitting 2,400! Then dow hitting over 21,000. Why this is happening you may ask and below article might give you some good insight what are those big players are thinking to buy this rally even the valuation is at record high.

Global equity markets—including the Nikkei, FTSE 100 and DAX, followed by the Dow opening above 21,000 yesterday and the S&P 500 also hitting a new record-high—all jumped higher after U.S. President Donald Trump’s address to the nation Tuesday night. The SPDR S&P 500 ETF (NYSE:SPY) is now up almost 13% since the day after election day.

Pundits and analysts consistently credit the new U.S. President with bringing back such strong positive sentiment. So what’s Trump’s secret sauce? Is it his pro-business stance or something else entirely?

In our view, market fundamentals could be setting up to go even higher with or without the President’s agenda. 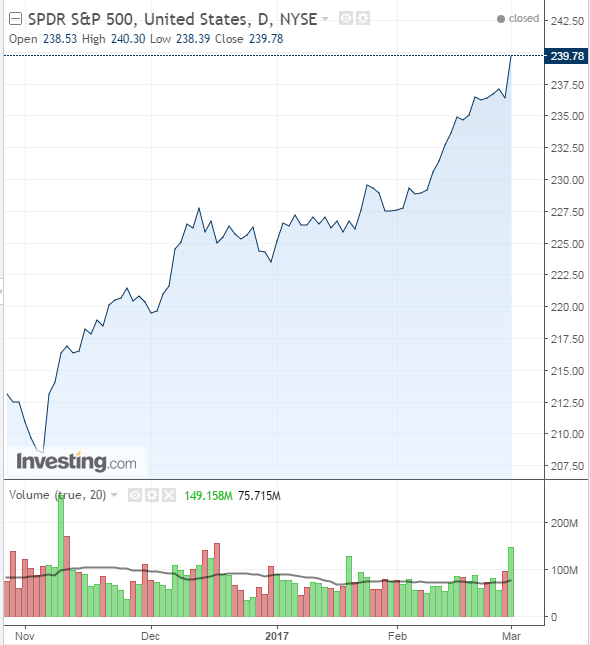 Markets are up huge since the day after the U.S. presidential election.

Indeed, global markets took yet another jump on Wednesday after his address to Congress.

What’s Driving Markets? Some Trump, Some Not

President Trump’s pro-business agenda is of course one catalyst driving stocks higher. Infrastructure spending, tax cuts and deregulation are all stock market friendly. But there are Trump-related risks as well that could hold markets back, such as a renewal of his harsh stance on trade or resurrected talk of China and currency manipulation, though none of that showed up in his Tuesday speech.

And given that so far nothing from his agenda has yet been passed by Congress—no tax bill, no spending bill—the current bounce can’t solely be Trump’s doing.

Of course, if and when Congress does officially pass legislation, that will be another market catalyst. But there are questions as to whether the President will even be able to garner enough support to pass his agenda.

His key advisor Steve Bannon has been quoted as saying:

“We’re just going to throw it up against the wall and see if it sticks.”

Both Trump and Bannon know that they may not get the necessary support for all their goals. Markets have to know that as well.

If ‘the guy pushing’ the agenda knows some of the administration’s pro U.S. business agenda will not ‘stick,’ markets have to be pricing in some level of ‘not sticking.’

Fed Chair Janet Yellen echoed this, voicing doubt about what will ‘stick’ and what will not. In mid-January she said:

“Finally, I would mention the potential for changes in fiscal policy to affect the economic outlook and the appropriate policy path. At this point, however, the size, timing, and composition of such changes remain uncertain.”

Markets surely don’t know what will ‘stick.’ But they’re going up anyway.

Markets Don’t Need The Agenda To ‘Stick.’ They Want To Go Up Anyway 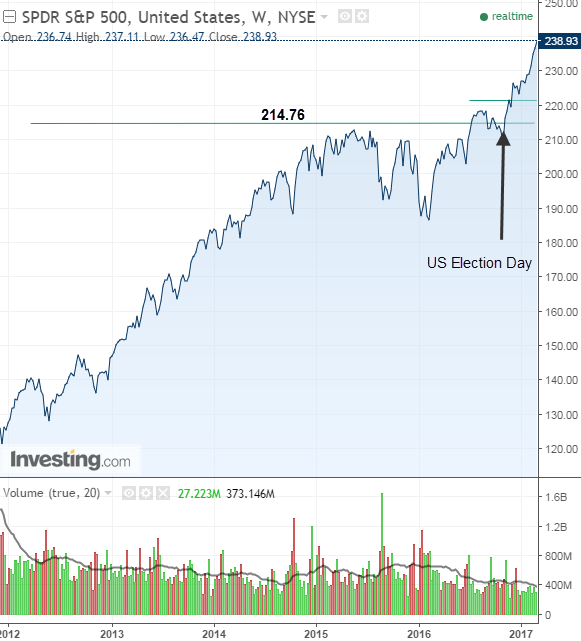 After a few years of sideways action, markets of course broke out to new highs soon after the election.

With the election behind us, markets could again focus on investing fundamentals. Some of those fundamentals—historically low rates, global economic growth, Central Banks in ‘slow mo’—are a good setup for markets, whether Trump’s agenda ‘sticks’ or not.

Key Market Drivers With Or Without Trump’s Agenda ‘Sticking’ 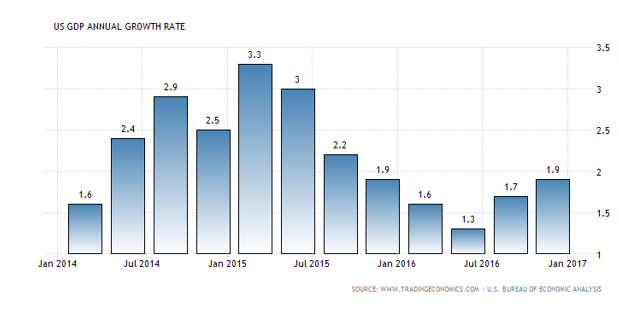 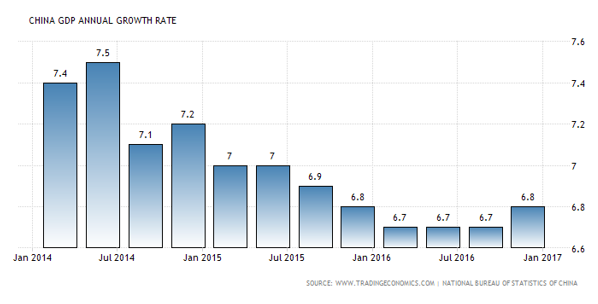 China’s GDP stopped going down and is starting to turn up. Low rates are accelerating global growth.

Japan’s GDP has also been turning around.

On average, global GDP has been picking up. Low rates and growth picking up are key drivers for markets even if President Trump’s agenda doesn’t ‘stick.’

While growth has been picking up and rates remain low, inflation has been picking up. That said, central bankers around the world have been operating in slow motion when it comes to raising short term rates or selling their bond portfolios. As long as they remain in “slow mo,” markets have added reason to keep sneaking higher.

“I consider it prudent to adjust the stance of monetary policy gradually over time.”

Obviously, she’s in no rush.

ECB President Mario Draghi is still buying bonds hand-over-fist through this year. That is far from tightening.

BOJ Governor Haruhiko Kuroda has been defending the fact that he doesn’t plan on lowering rates more deeply into negative territory. He is also far from talking about tightening.

As long as the three major Central Bank leaders are in no rush to raise rates, markets have an open window to go higher.

Some of his proposed legislation will ‘stick’ some will not. Markets have to know that. But markets could continue higher anyway in the near and longer term, as long as this current growth/low rate setup continues.

Indeed, markets may not be as dependent on Presidential tweets as we may think. Investors see low rates, improving growth and central banks artificially keeping rates low with easy money policies. That’s a recipe for a bull market even if none of President Trump’s agenda ‘sticks.’